Posted by Desert Dabbler at 9:05 AM No comments:

Recently Kent and I made our first trip to Vancouver, British Columbia. We spent a Sunday in Stanley Park and walked along the Sea Wall. I spotted something swimming.  Initially I wrote that they were sea otters, but I was wrong.  A reader sent me a Comment, and he or she was correct:   They are river otters. 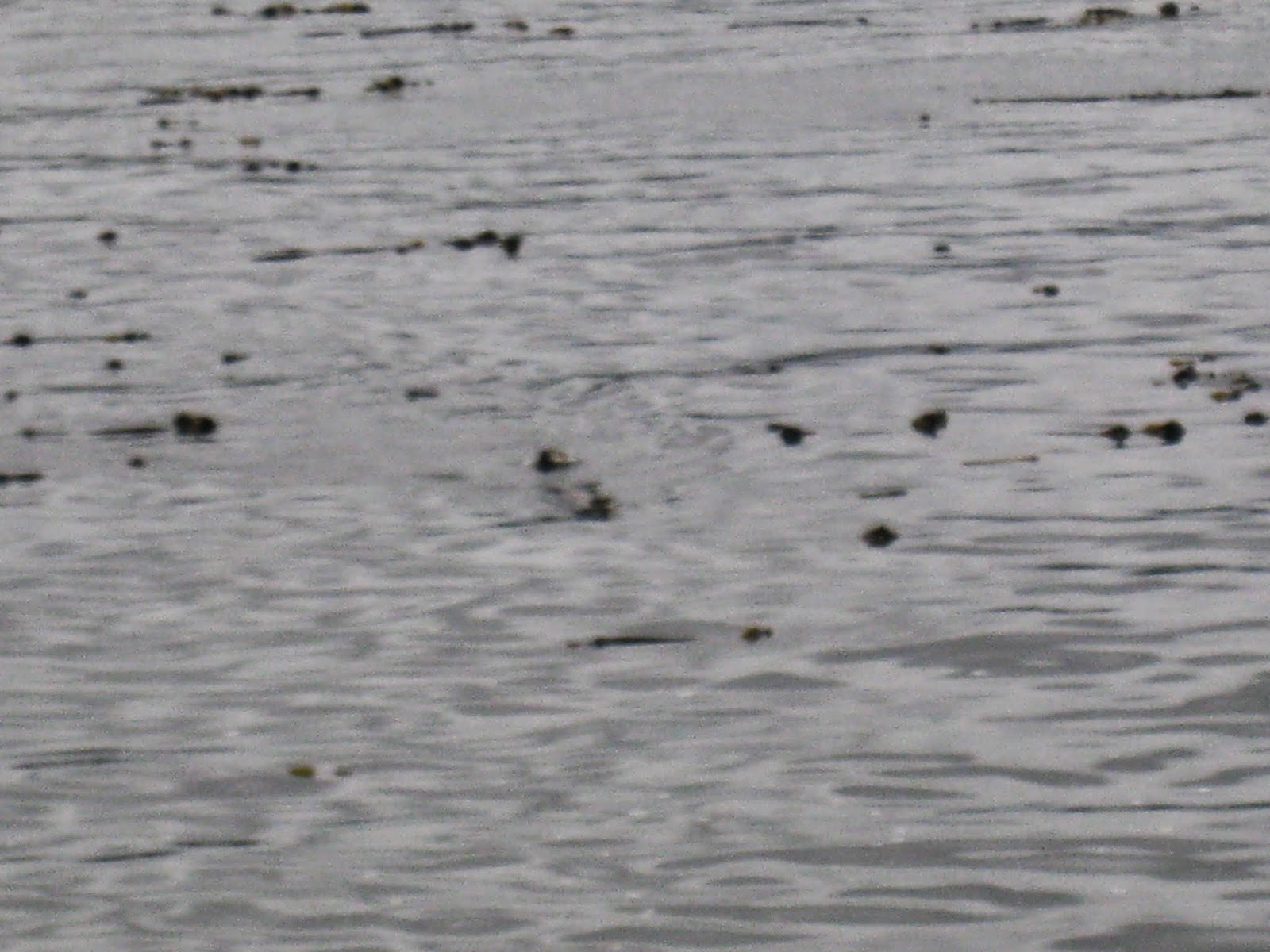 There were three of them.  As we watched, one of them swam toward the shore. 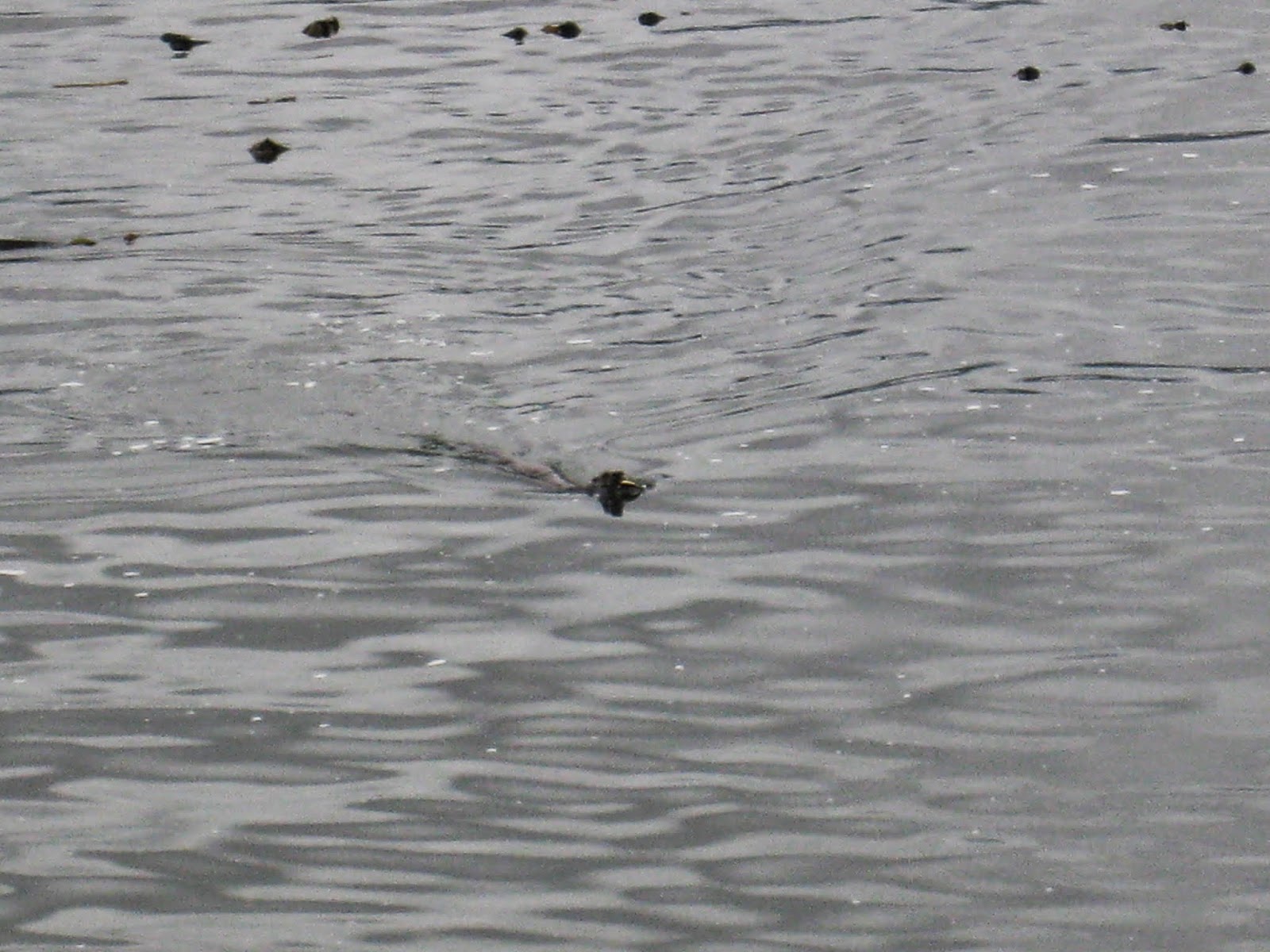 According to Wikipedia, sea otters are members of the weasel family, and weigh between 31 and 99 pounds.   That makes them heavy for weasels, but among the smallest of marine mammals.


These are river otters that I mistook for sea otters.  According to information from "Ask an Aquarium", one of the best ways to tell the difference is to watch how they swim.  "At the surface, river otters swim belly-down and expose very little of their back, while sea otters swim belly-up and float high in the water due to their air-filled fur." 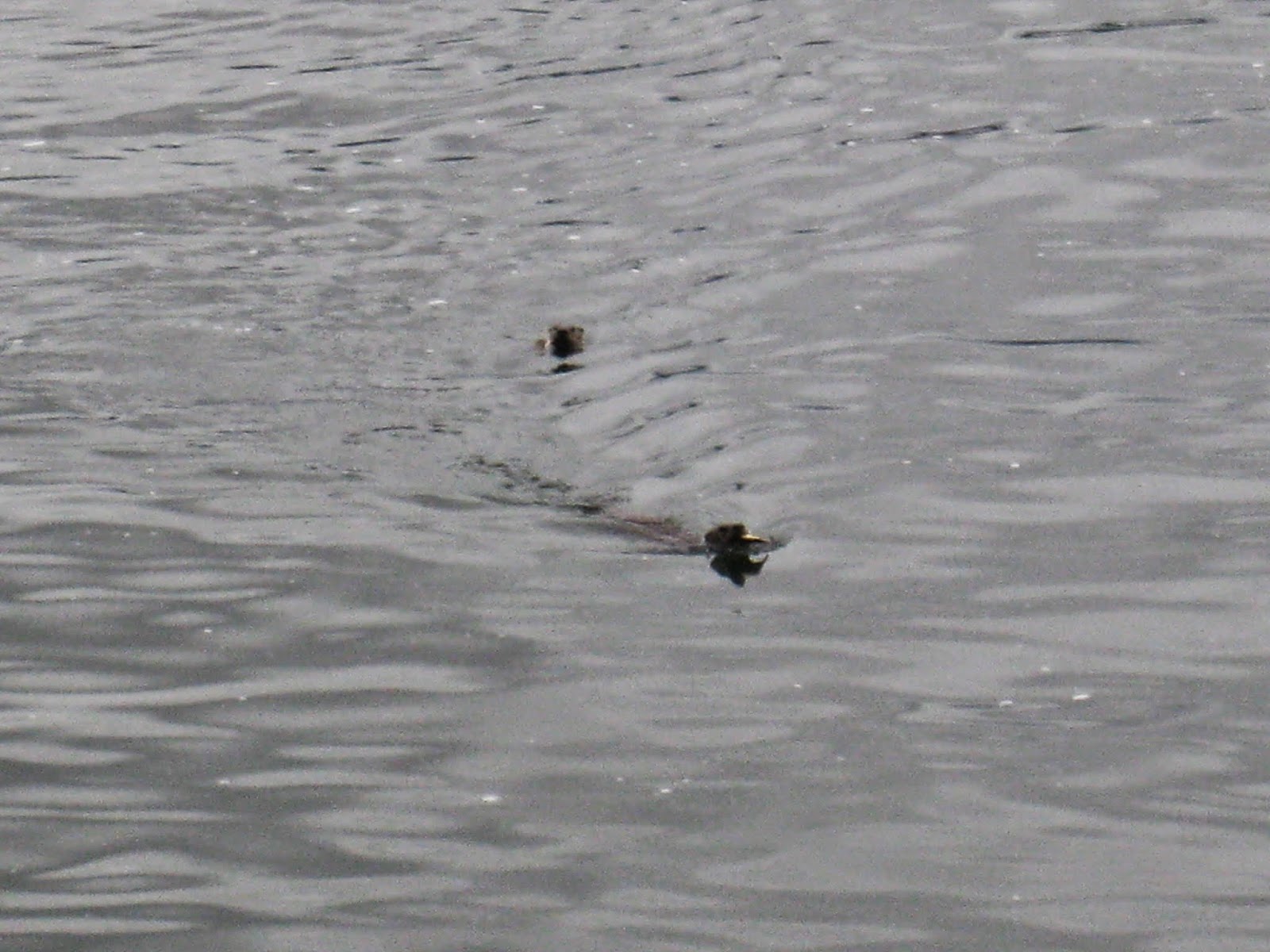 I was so excited to watch him swim all the way to the shore. 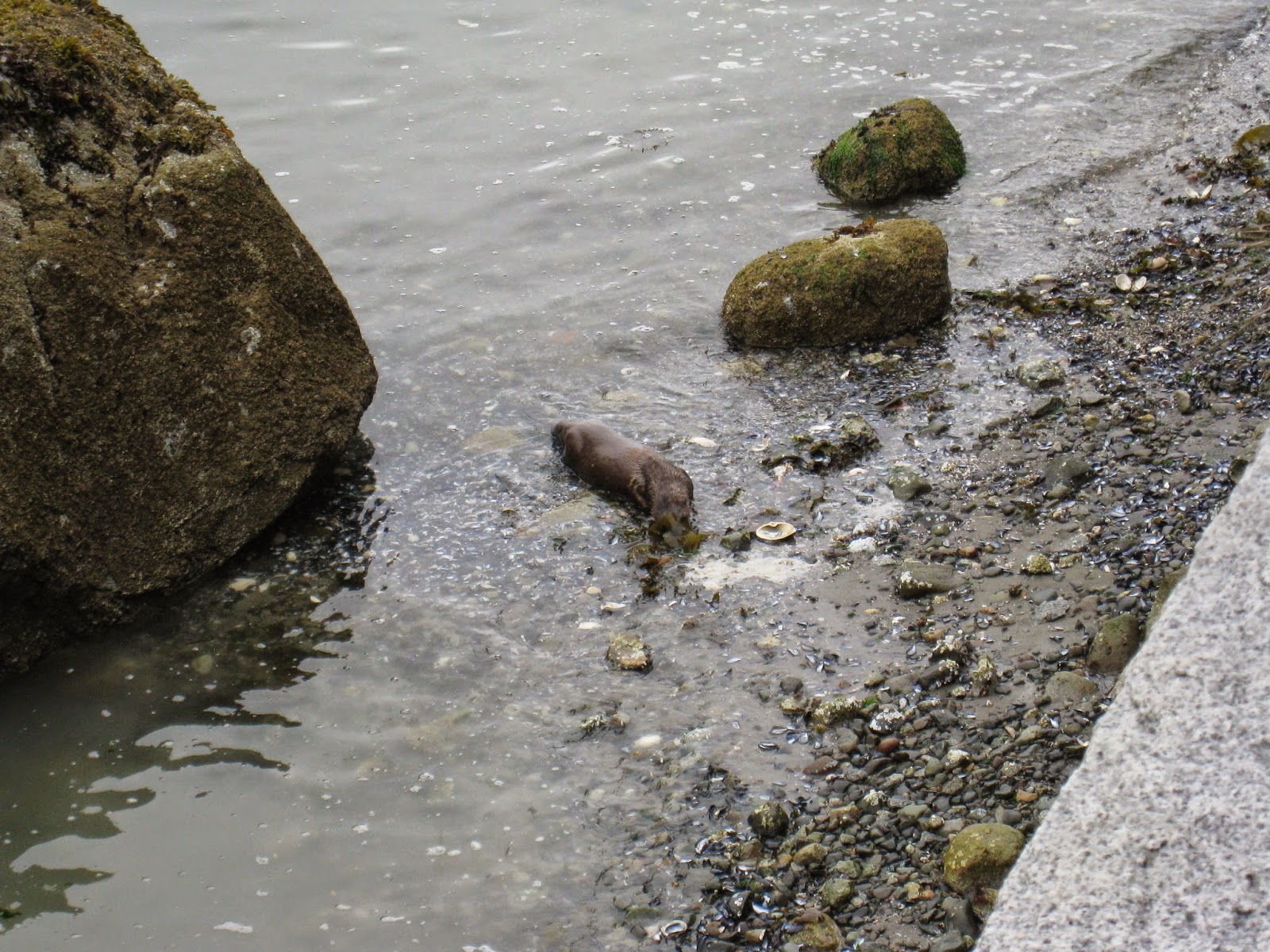 I've learned that sea otters hunt in short dives which usually last between 1 to 4 minutes.  One amazing fact is that they are the only marine animals that are capable of lifting and turning over rocks.  They do this with their front paws.
Since this one turned out to be a river otter, it isn't surprising that we didn't see this behavior.  But our river otter was looking around for something tasty to eat. 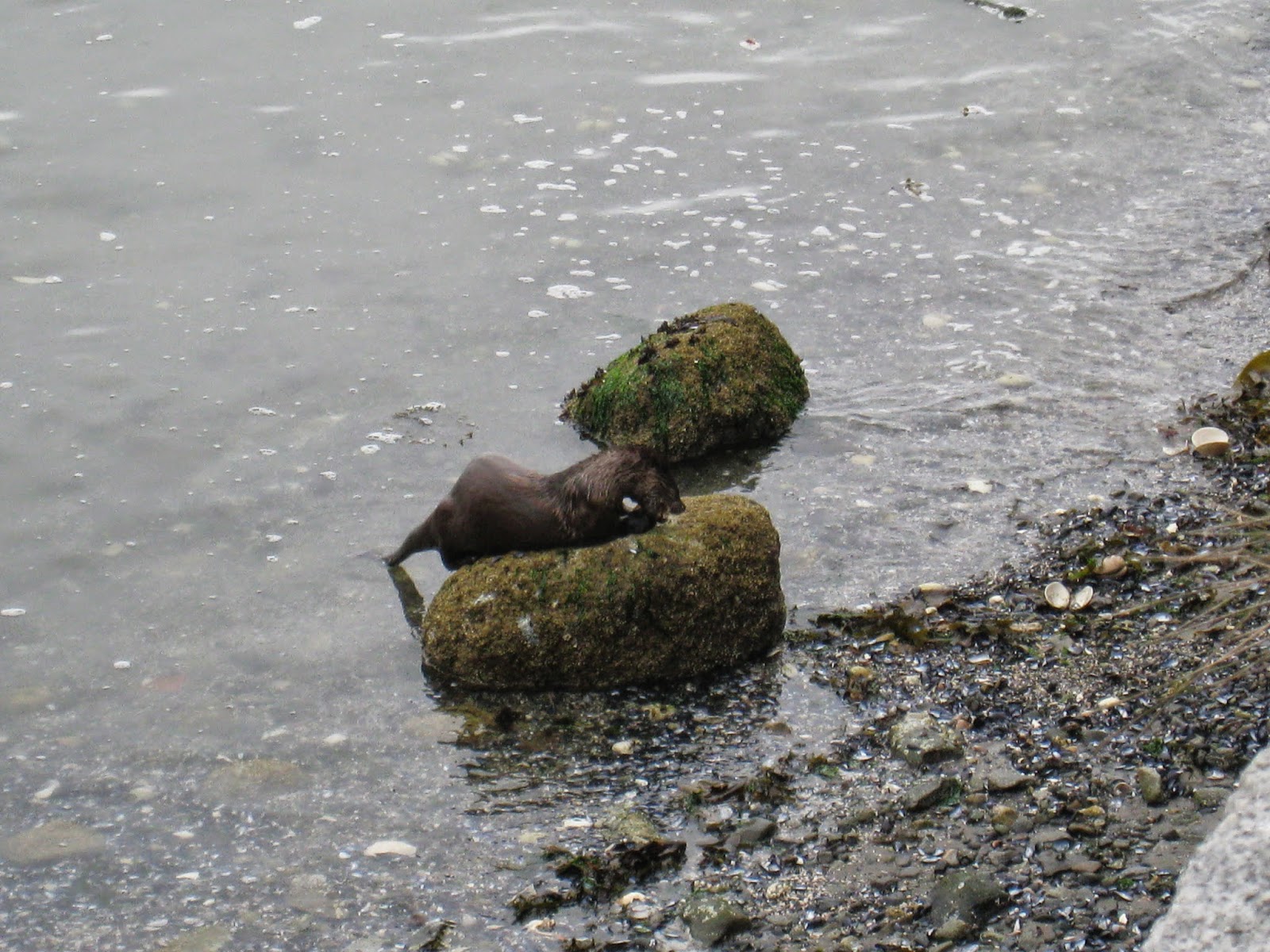 We watched as the otter climbed onto the rock and  used it like a table.  According to the experts, sea otters also use small rocks to open up shells, which make them one of the few mammals that we know use tools.  I'm not sure if river otters do the same thing. 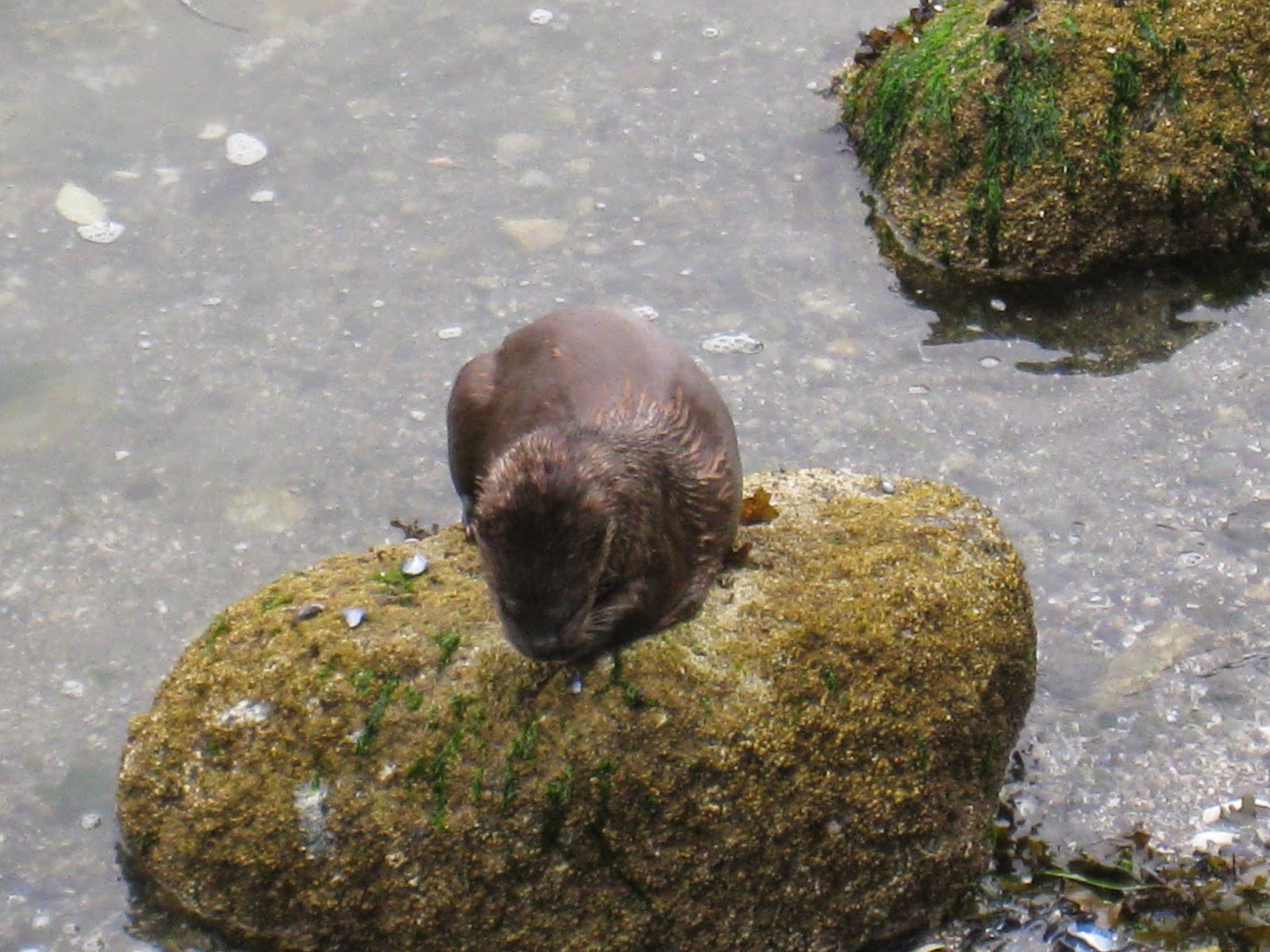 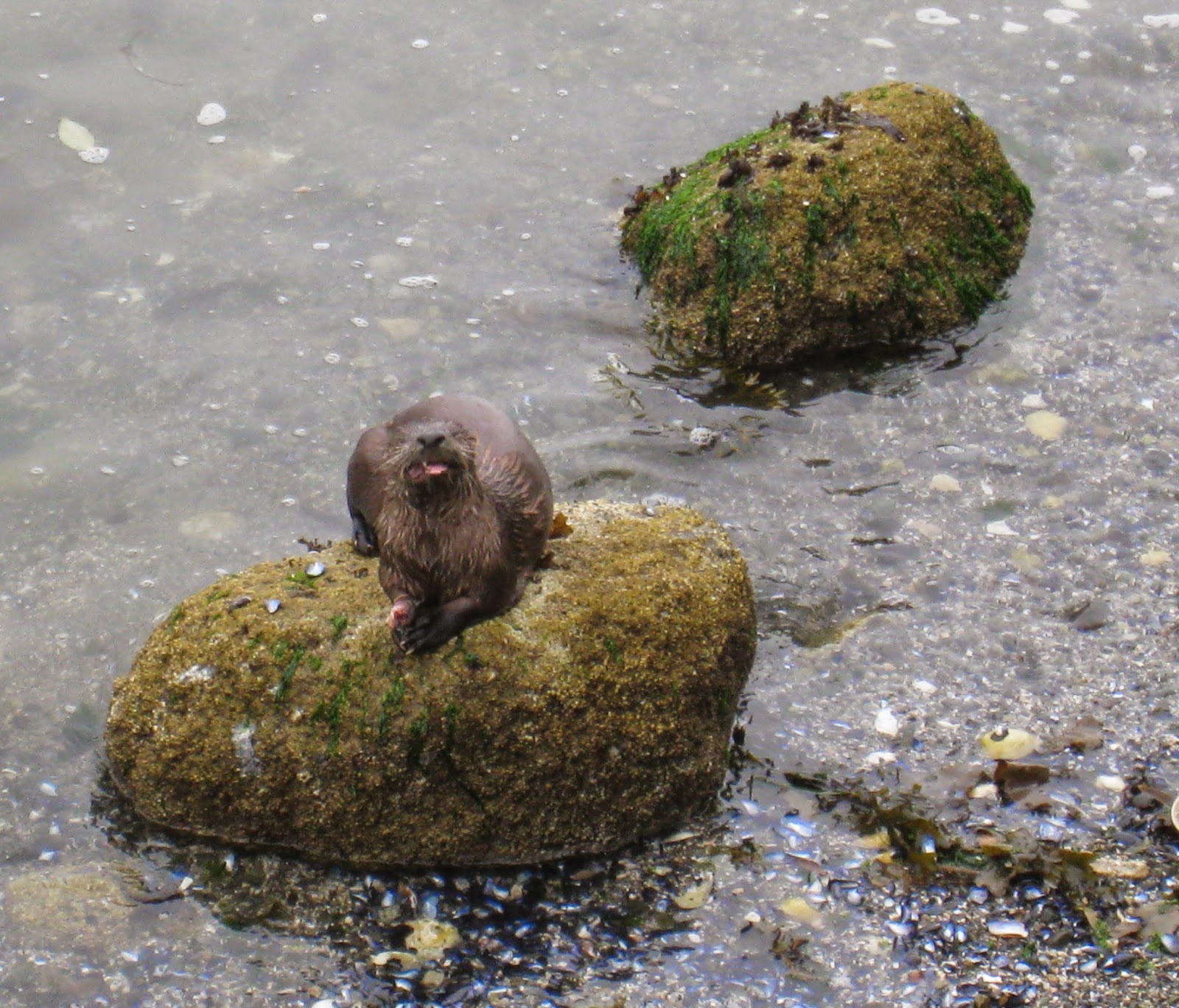 My favorite picture of him---smiling for the camera!

Sea Otters are endangered in the U.S., but rebounding better in Canada.  He turned out to be a River Otter, but he was still fascinating to watch.  I feel very lucky to have been able to see him so close.
To find out more about river otters, check out '''Ask an Aquarium" at
http://www.ncaquariums.com/askaquarium/otter.htm

To learn more about sea otters, check out the Wikipedia article.

Posted by Desert Dabbler at 8:42 AM 2 comments: