From the time I first heard Johnny Horton sing "North to Alaska" in 1960, I've wanted to go there.   This month I finally made it.
Alaska was everything--and more--than I expected.
The first clue that Alaska was different came when I saw the Alaska Airline's plane.  A flying fish. 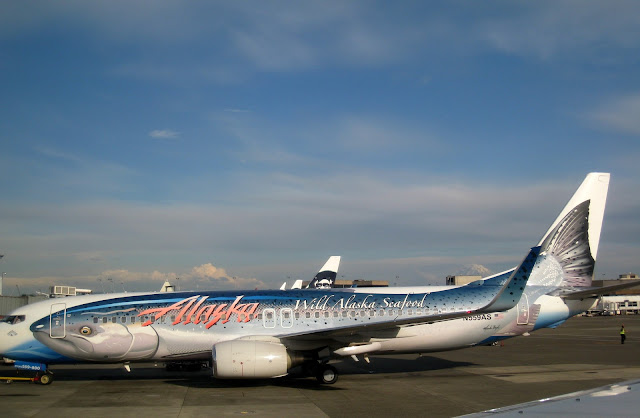 In Anchorage, fish rule.
Ship Creek was lined with fishermen and women from early morning to night.   Except there isn't "night" in Alaska now so I'm not sure if the creek was ever without someone fishing there. 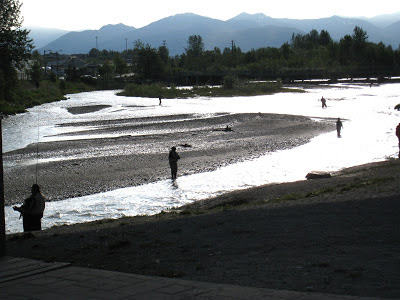 The Comfort Inn, where we initially stayed, was next to Ship Creek.   You could borrow poles, go across the street, and catch your lunch.     There was even a bait shop nearby. 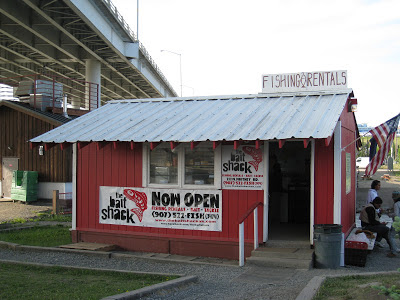 One man caught his fish while we were there.  I don't know what kind of fish it was, but it was big. 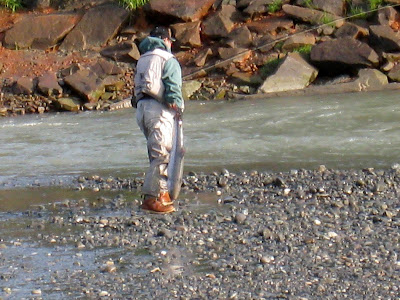 We went to the local artisan's fair on Sunday where we found more fish.   I love quesadillas, but I wasn't ready for ones made out of salmon. 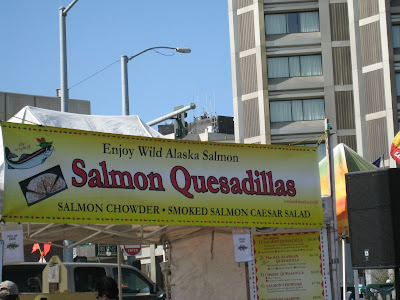 Walking around Ship Creek and down to the bay was interesting, but I was after bigger fish.   I came to Alaska to see Denali and the wildlife that live in the Park.    Early Monday morning Kent and I would board a motor coach, the Anchorage Denali Express, for the 5 hour drive to Denali.
﻿