I Wanna Be a Bear 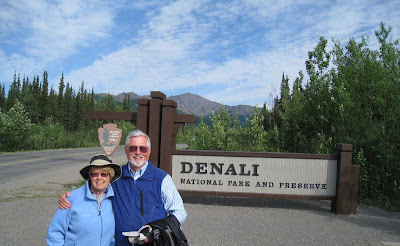 Denali is so green and the air is filled with the scent of the pines.

For four days we toured the park on an Adventure Bus and took hikes along the streams and through the woods.    We saw lots of moose and caribou, a fox, a wonderful grizzly bear, and more. 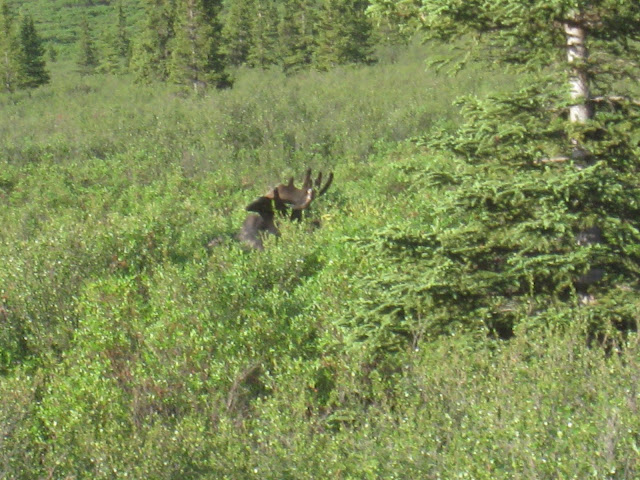 The first moose was off the road, munching away.   We saw it fairly soon after entering the park on the Adventure Bus.   Our bus driver was great.  He stopped quickly and stayed until we all got lots of pictures. 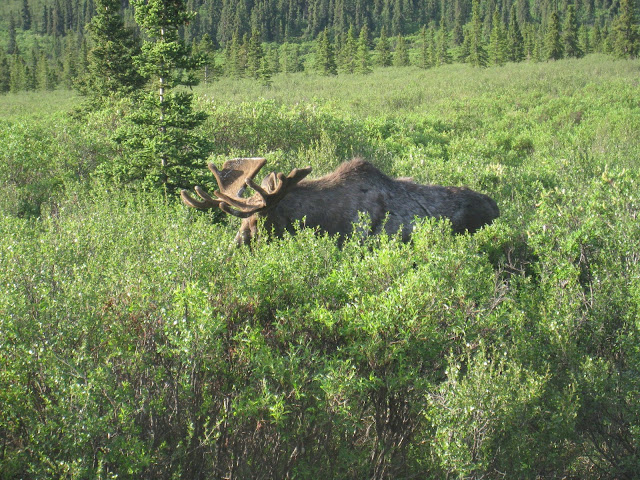 Something was so delicious that this moose never raised his head long enough for me to get a picture of his face.

Another one was right by the road near the Park entrance. 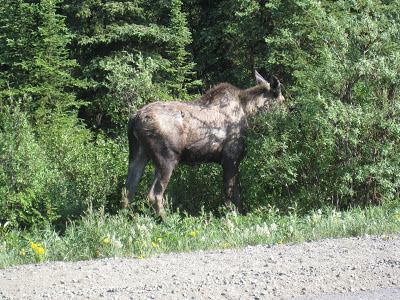 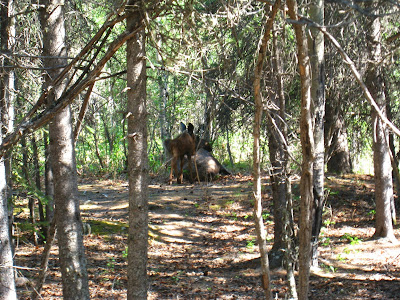 But our closest encounter came while we were on a walk very close to the park's Visitor Center.   Our bus driver had told us that the cows frequently came closer to the entrance, where there were people and more activity, in order to keep their calves safe from wolves. 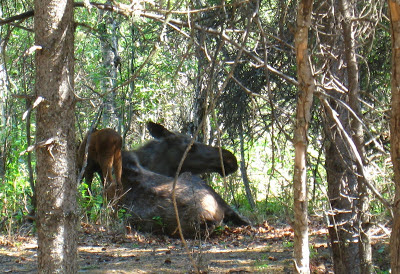 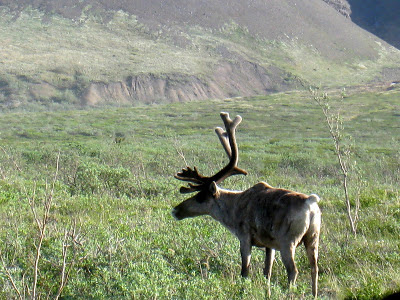 Caribou were plentiful, too.  I like their other name best, reindeer, because it reminds me of Santa Clause and Christmas. 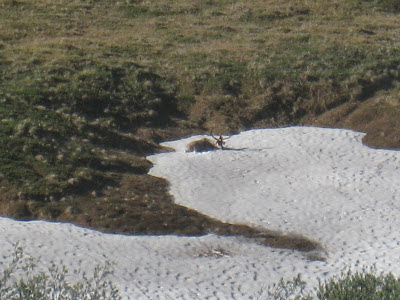 This one was sitting on snow to keep cool.   Denali was experiencing a heat wave, nearly 90F, which is really hot for them.
We saw a fox walking right down the road next to the bus.  In fact, she was so close I couldn't get a picture.  But she was beautiful.  Our driver believed she was a female because of her size, and he seemed to know a lot.    At one ranger station we saw Dall sheep up on the mountain, and lots of small squirrels.
But the star of my show was this grizzly bear.    A lot of the grizzlies in Denali are blond. 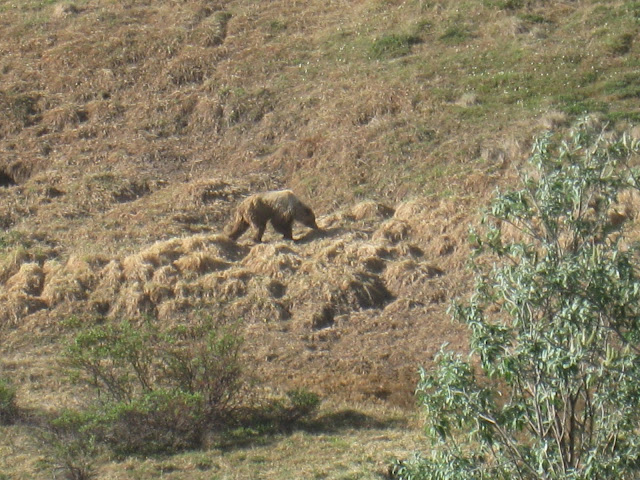 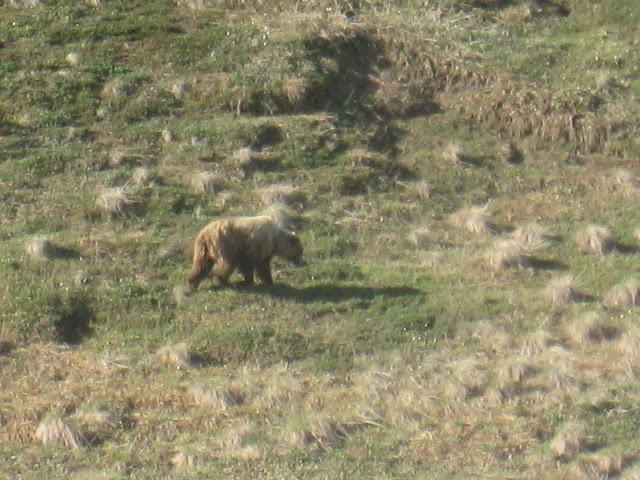 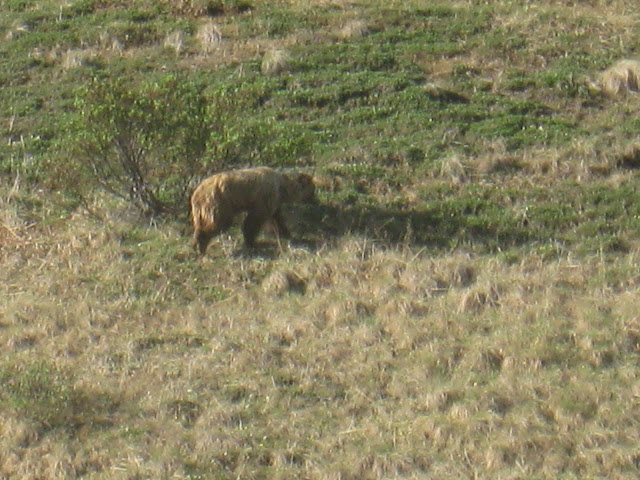 We watched him for quite a while.  At one point he stood up and scratched his back against a tree.   I was so busy watching I missed taking the picture!  I had been hoping to see a bear, and I wasn't disappointed.  We stayed until he ambled out of sight.

Later I found this great description of a bear's life on I Love Teddies:

Posted by Desert Dabbler at 9:29 AM