Steampunk caught my attention a while ago, and I've been trying my hand at making Steampunk jewelry boxes and jewelry.   If you're not familiar with Steampunk, it's a mix of   Jules Verne, Victorian sci-fi, dirigibles, and lady airship captains.    All fun things, right?
I'm gradually working my way into Steampunk.   These first two pieces are part travel, part Steampunk.   The necklace that I recently made, which I'll show another day, is totally Steampunk.
I found my first box at Marco's, my favorite paper arts store in Dayton.     Originally it was a plain "suitcase", and I added the compass, Bon Voyage tag, side stitches, and fiber.   It is a very tame Steampunk, and could be considered a straight a travel piece.   But I like it a lot and use it to carry my jewelry when I travel. 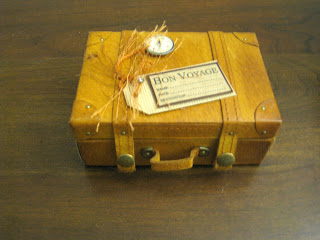 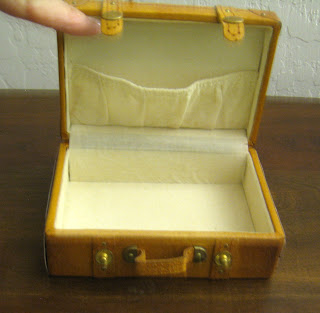 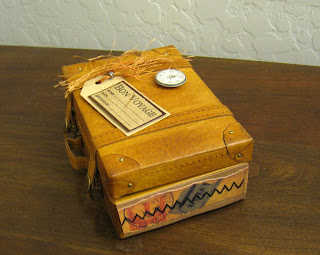 It was the last tan one that the store had, and they have since told me they can't get any more.   I've looked on the internet without success (so far), but I intend to keep looking.

My second attempt was much more Steampunk.  I started with a box I bought at Hobby Lobby.   I added the fiber, metal findings, and the paper stamps.   One tag says "Thoughts" while another says "Dream".    Good things to remember to do. 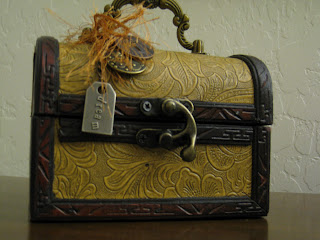 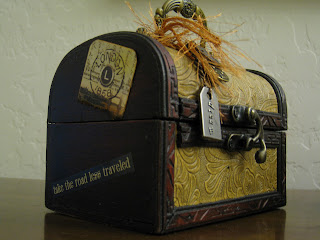 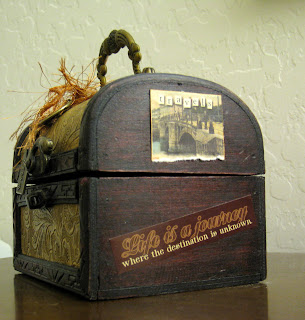 I haven't decided what I'll place inside this box.   It's about the size of a deck of cards, but I'm not a card player.   But I'm sure something will look good there.  In the meantime, it was fun to make.