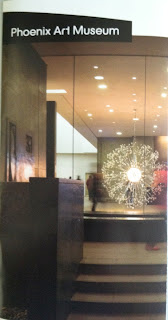 A new exhibit on paper just opened at the Phoenix Art Museum.   Since I love paper, it was an exhibit I had to see.    I use paper to scrapbook, make cards, and write.   These artists showed that there is a whole lot more to paper than that.


One of the first exhibits is a giant, white ceramic paper wad.  It’s a great intro piece.   It was also appropriate for me since I managed to mangle the paper-folding invitation that the museum sent to members.  As you can see from the pix, the flyer was colorful and fun.   The directions told how to fold it into something that your fingers were supposed to be able to slip inside.  It sounded cute. 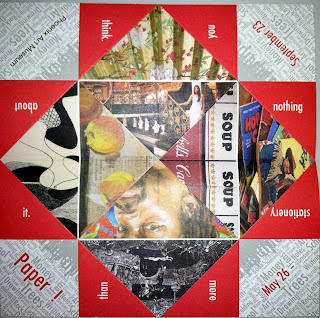 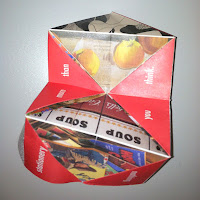 The Museum’s webpage shows two of the articles on display, including a pop art paper dress.    There were lots of other paper dresses and t-shirts, too.   They also had a paper-making kit on display and other paper items that looked like they were from the ‘60’s.
Their handout shows a sampling of some of the other types of art featured in “Paper!”    In addition to the exhibits in the Steele Gallery, there were items featured all throughout the museum. 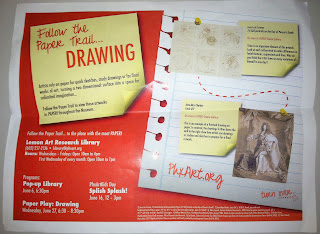 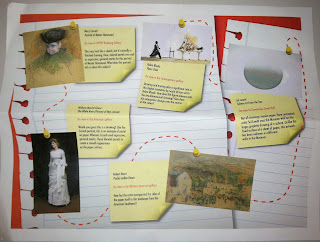 My favorite exhibit, however, was the photographs of W.Eugene Smith.   He was a photojournalist for Life magazine, and a few of his most moving articles are on display.    Two of them involve a country doctor in Colorado and a mid-wife nurse in South Carolina.    The exhibit will end June 17, so I was lucky to have gotten to see it.


We had lunch in their cafe’.  I had a great Sonoran Chicken Salad while Kent had their tuna salad sandwich.  Both were yummy!


Then we rode the light rail back home.  Even though it takes about as long to drive to the nearest light rail station as it would to drive downtown, we like to support light rail.   One of these days (soon, please!) it will be extended to Surprise.    Can’t wait.
Posted by Desert Dabbler at 6:31 PM