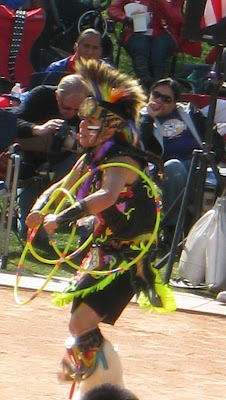 
The Senior Division in the Hoop Dance Competition is  for dancers over 40.    We saw six competitors initially, from which three were chosen for the Final Round.    Brian Hammill was one of the ones who made it into the Final Round.  He is HoChunk and from Wisconsin.﻿ 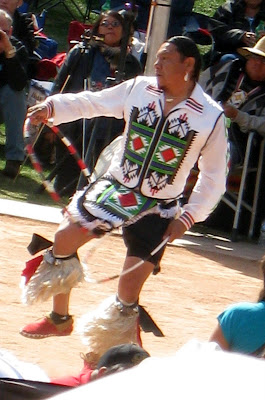 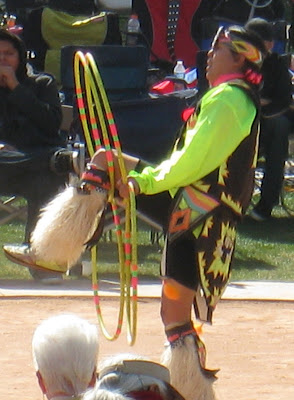 Daniel Tramper is Cherokee.   He was also selected for the Final Round. 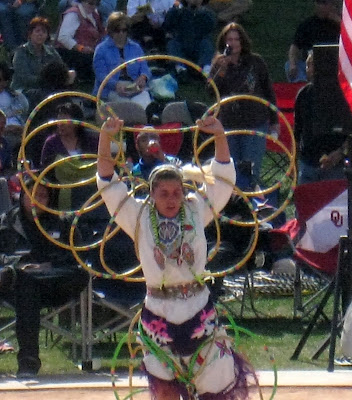 Celina Cada Matasawagon, who is Ojibway, was the only woman in the Senior Division. 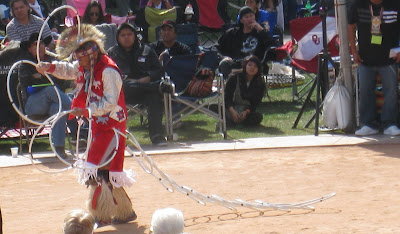 Tommy Draper is Navajo.   He was a crowd pleaser.  He made a dragon or perhaps it was a dragon fly.  Very unique.   He was the third dancer to make it into the Final Round.. 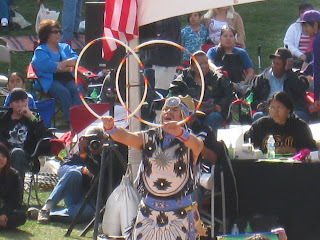 Posted by Desert Dabbler at 8:24 PM

Thank you! I'm glad you liked the article. The dancers were wonderful.